Train roll on, on down the line,
Won’t you please take me far away?
Now I feel the wind blow outside my door,
Means I’m, I’m leaving my woman at home.

Slightly better weather on Tuesday, but still not what any of us are used to in the summer. We are definitely starting to appreciate those days that are more sun than cloud!

We continued to clean, map, and drone over several of our units nearing completion. Unfortunately, cleaning units doesn’t lend itself to much photography, but suffice it to say, a great deal of work was accomplished on Tuesday, just very few things that were worthy of photography.

Meanwhile, Kenyon worked meticulously to clean, record, and excavate the pottery vessel he found in our new trench. 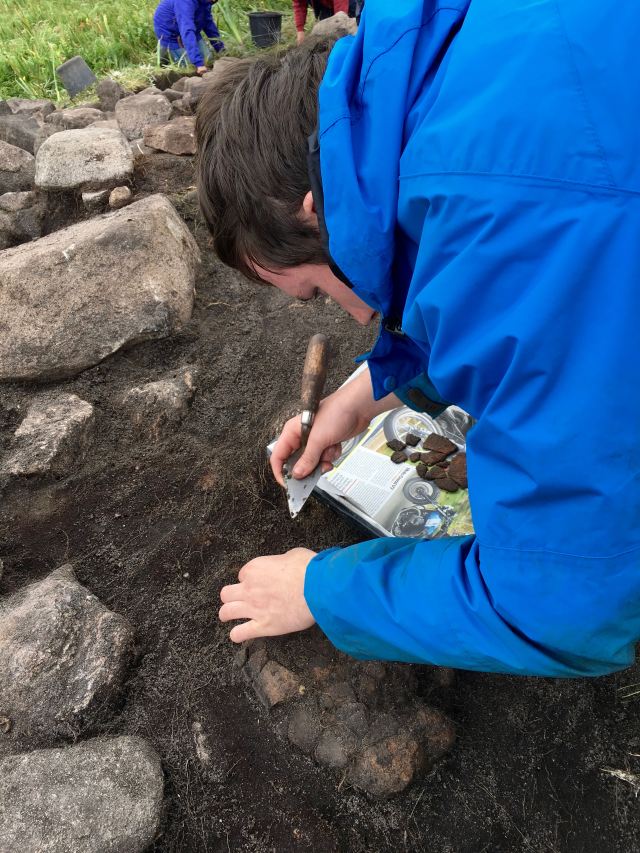 The high tide arrived a bit before lunch, so rather than struggle through the soggy kelp to our base camp for lunch, I set off on a walk around Osasay Island, trying to capture some of the landscape at high tide.  It was well worth the effort! 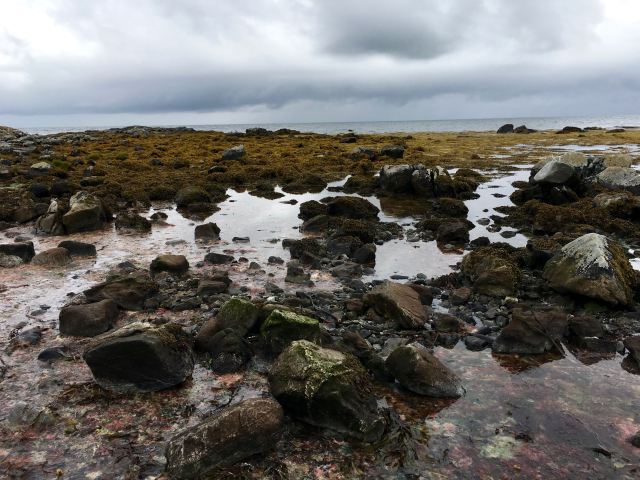 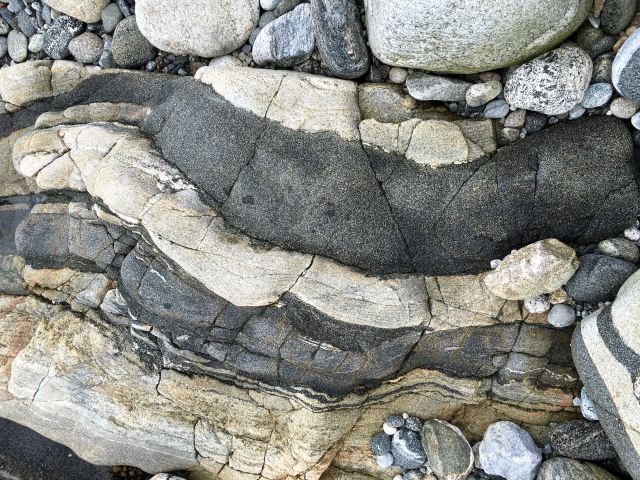 In the afternoon a couple of our volunteers from the local community found a clay tobacco pipe stem fragment while troweling.  It is much more recent than the time periods of most interest to our research, but it was still an excellent find.  I pulled out my iPhone camera attachment with a 15X lens and snapped some photos of it to reveal the maker’s mark and other identifiable features. By the way, gadgets are very cool! Everyone should have more gadgets! 🙂 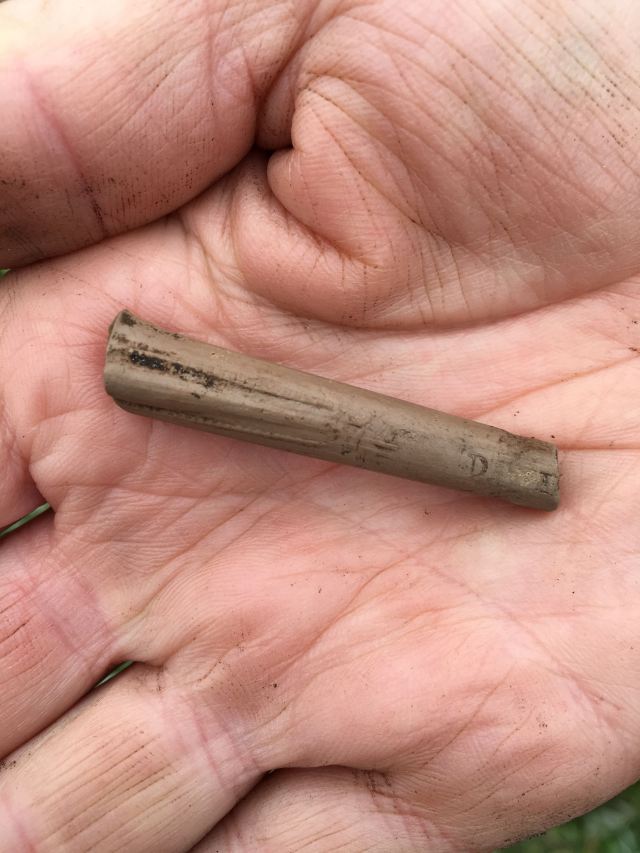 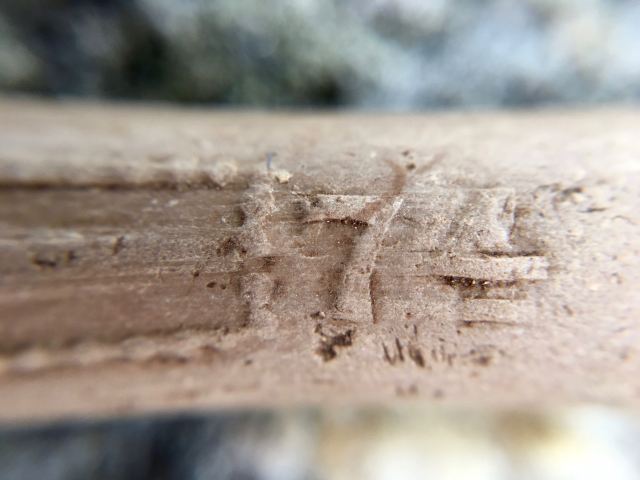 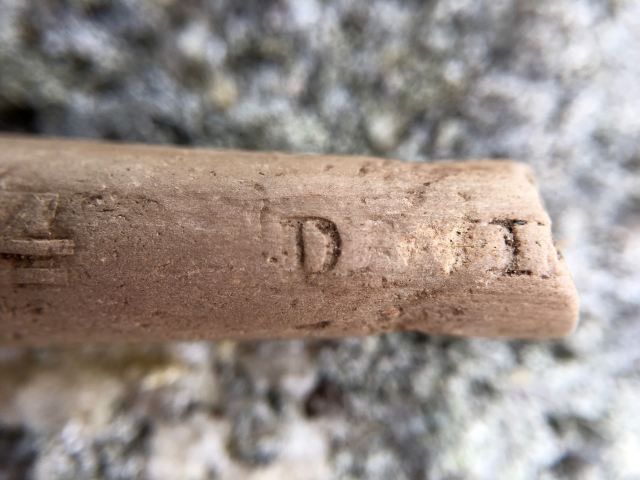 Niall was called away for most of the day.  First it was an illuminated “check engine” light in our van, and then it was an effort to deal with a power outage in his apartment.  Luckily the problem is confined to his flat, but it is still awful to be without power.  We invited Niall and Alan to have dinner at our place and they dutifully obliged. We ended up watching Deathly Hallows, parts 1 and 2. Hard to believe Harry Potter is the one thing that can unite us across generations. By the way, Hufflepuff is still the best house at Hogwarts! 🙂

This photo makes me want to ask if anyone out there speaks Parseltongue? Of course, if you do, you must be one of those no-good Slytherins… 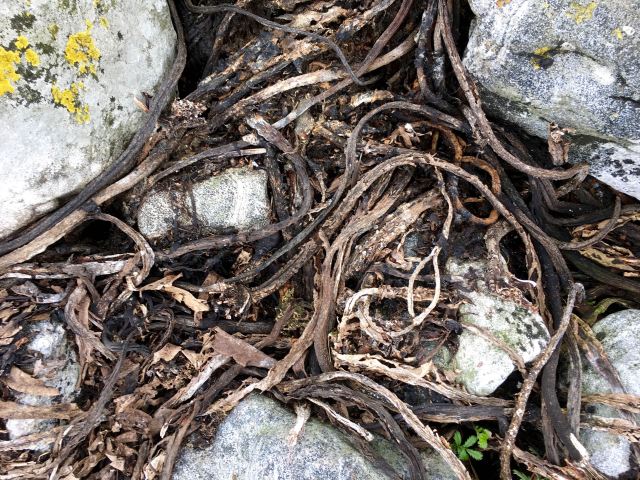