On Wednesday we decided to work half the day and then go to the Highland Games to get a different perspective on Hebridean culture and the ways in which local people claim connections to the past and mainland Scotland. It rained very hard late Tuesday night and into early Wednesday morning, but it cleared by the time we arrived on site.  Unfortunately, it was also a super tide because of the full moon, so we were greeted by a flooded beach, and no way to reach the island until the tide went out around 9:15.

Once we were able to make it onto the island we continued work in all three of our excavation units, trying to delineate more clearly the structures in units 1 & 2 and determine whether the enigmatic pile of rocks we started clearing as unit 3 was actually a burial or just a clearing pile. 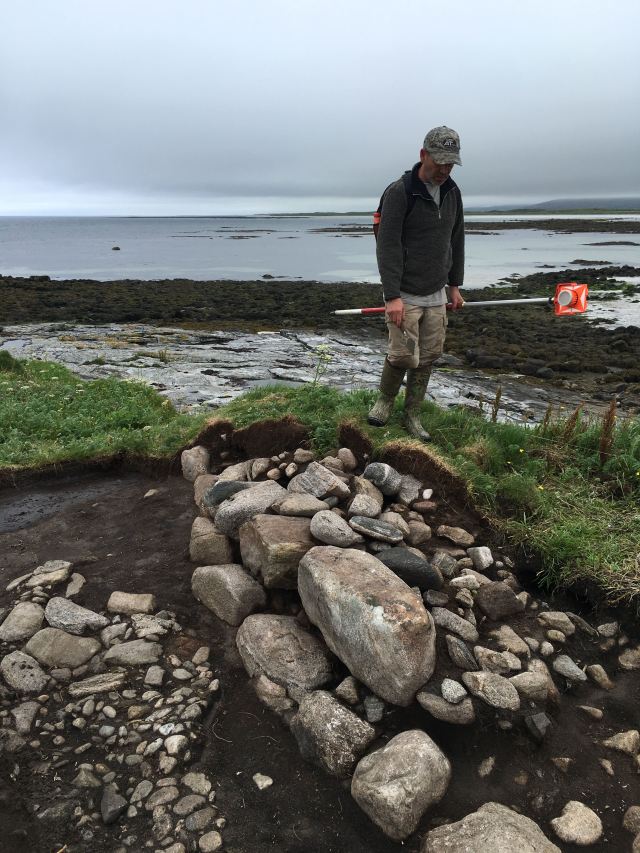 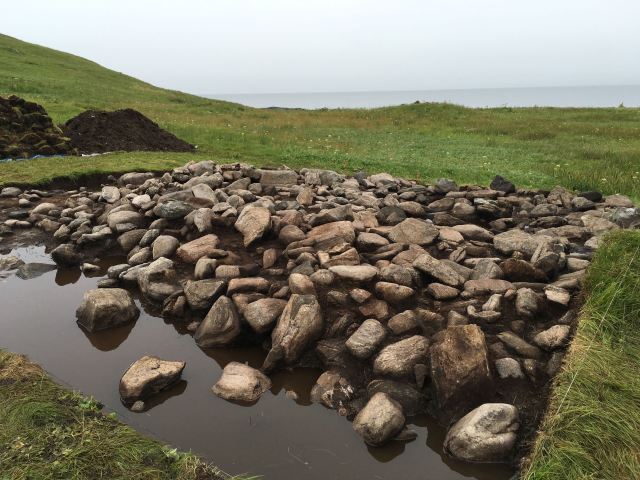 Around 1PM we left for the Highland Games, only to discover that the youth dancing and piper competitions were the only things still scheduled for the afternoon. In retrospect, we should have consulted a schedule before deciding to work first and play second! 🙂

We were able to catch the last few throws in the weight toss competition. Strangely enough, an American from Virginia won the competition. Unfortunately, the only video I caught was of him trying to set a new South Uist record (which he did not do).  While watching the competition I was left wondering how many people had been injured while training for this event.  I mean it just doesn’t seem wise to throw an extremely heavy object directly above your own head.  Of course, on paper Haggis and Blood pudding don’t sound like such good ideas either!